My Ten Favorite Performances of the Year


Hello all! Merry Christmas Mr. Potter! And a happy new year...in jail! (I keep saying this to people and they don't get it. A little distressing, cause I love saying it as a holiday greeting.) Anyway, did you all now that I have been blogging here at ClassicForever for 10 years now? I was once just an eager 14-year-old joker branching off with dreams of a media empire. Anyway, you'll be hearing more about me and the internet and film soon (when I actually write the post).

In the mean time, here are ten of my favorite performances of 2018. I have not watched all I need to see in 2018, and my actual "Favorite Films" list will probably pop up closer to February, but here is a little glimpse into some of my loves of the year. They are not exactly ranked, but they are also not exactly unranked. It's all rather vague, yet typical of me. Some of these films may pop up in my best of 2018 list; and some of these will absolutely not show up in my best of 2018. These are performances that struck me for one reason or another. I love them all!  I will keep spoilers out of my little write-ups, I guess. 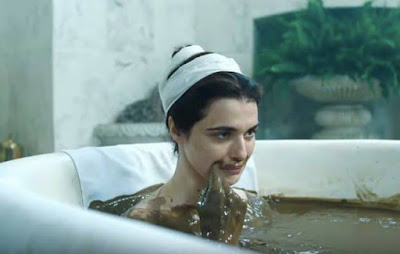 So, all the ladies of The Favourite are excellent (even Emma Stone, who I do not usually overly appreciate is great here). In fact, they are so excellent that they cover for a less-than-stellar film, but I have to talk primarily about my one true queen, Rachel Weisz. She is extraordinary in a character that could have gone so wrong in nearly anyone else's hands. She glides along a thin line throughout the film between antagonist and protagonist (I mean, she was always THE protagonist in MY heart). And, she does it with such ease. There is a depth and fullness to her Sarah that is vital to the entire soul of the film. She is harsh, fun, clever, bold, mischievous, unyielding, and--above all--honest. *heart eyes*

It is nearly impossible to say much about this film without taking away some of the viewing experience. Make no mistake though, this is not really a twisty-turny thriller in the sense that there is no "wow omg plot-twist" that once learned ruins viewing appreciation. Still, it is a steady and slow, ahem, burn, so I will not say much at all. Steven Yeun is an actor I talk about while frequently using the prefix "my beloved" Steven Yeun, so I was quite exited to see him take on this role. He has talked about how meaningful it was to be in a Korean film, as he is frequently the only Korean person on film sets (if not the only POC on set). I am glad he was able to feel so fulfilled making this, because it shows through in his bold and unhampered work. That sweet, sweet smile though. 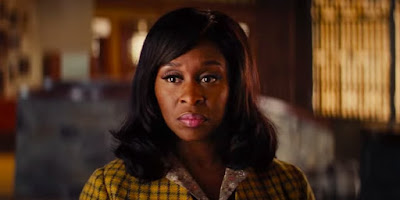 This is a movie that will ABSOLUTELY not be on my end-of-year list of good movies. It is not a good movie. It is a terrible movie. It is freakishly long and feels every minute of it, and I literally hated nearly every single character. Nearly. In the midst of the garbage (and Chris Hemsworth as a cult leader, which was actually a lot of fun), Cynthia Erivo utterly shines. I LOVE DARLENE SWEET. Her face says every moment of pain, sadness, and frustration. And, she keeps on going. Cynthia Erivo also sings throughout the entire movie--which is honestly too incredible for words. AND I LOVE HER IN THE GREEN SEQUINED DRESS. (CE also stole the show in Widows, and is just so cool and beautiful and hardcore. ahhh!) 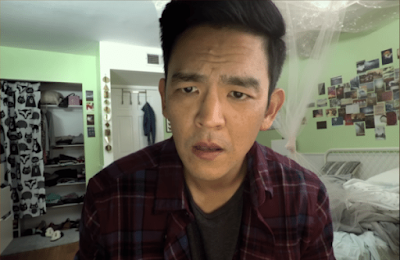 You all know I live for good dads on film. John Cho as David Kim is a v. good dad. Such care and attention and relentless love. Also, the amount of incredibly engaging and empathetic work Cho is able to do via literally webcams and Facetime is SHOCKING. Why are you all sleeping on John Cho? GIVE HIM EVERYTHING. 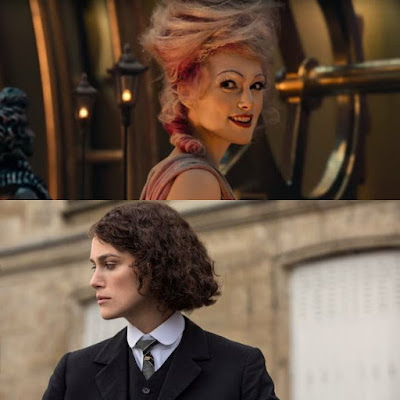 Keira Knightley as The Sugarplum Fairy in The Nutcracker and the Four Realms (dirs. Lasse Hallström and Joe Johnston ) and Colette in Colette (dir. Wash Westmoreland)

It's a cheat, but I could not decide which 2018 Keira performance I loved more, so they are tied. As Colette, she is all Keira: stunning, mesmerizing, impacting, and delightful. She lifts a wretchedly written/directed biopic through sheer force of her Keiraness. She is Colette. As The Sugarplum Fairy, she also lifts a wretchedly written/directed film through sheer force--but not exactly force of Keiraness. It is a very atypical Keira (but also not wholly unexpected if you have been following her career since you were ten-years-old--and I have been). The choices she makes can only be described as "all of them." My jaw is dropped and mouth agog at what she does, and was allowed to do in this Disney film? Watch it for her! You will not be disappointed. Don't make me bani-shed you from my blog. 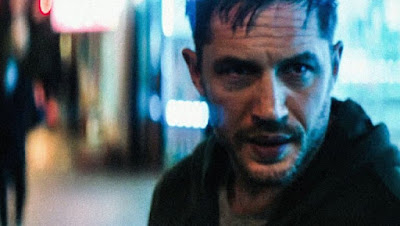 I have already written waaaay too much about Venom, but oh me oh my, I love Tom Hardy in this so much. I cannot think of a more unexpectedly glorious moment in my filmgoing experiences this year than Tom Hardy as Eddie Brock. You have not truly lived until you have seen him stumbling around shushing people and jumping into live lobster tanks. Also, the tears! The mumbling! What a v. sweet boy! 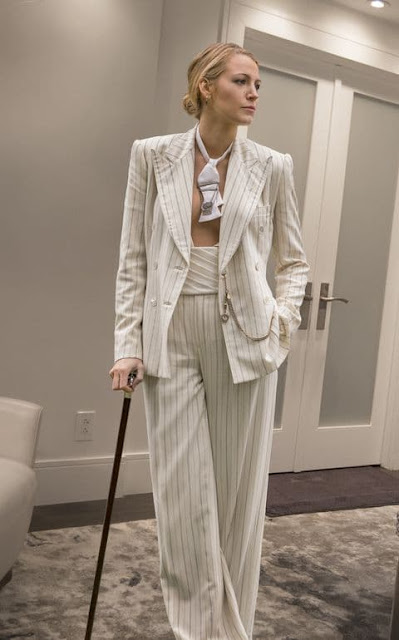 If this was a different movie, perhaps Blake Lively would be in consideration for acting awards. Come on, at least a Golden Globe for Comedy/Musical! Not only does she waltz through this movie in an incredible array of three-piece suits, she commands the screen in every single scene. I could not take my eyes away. 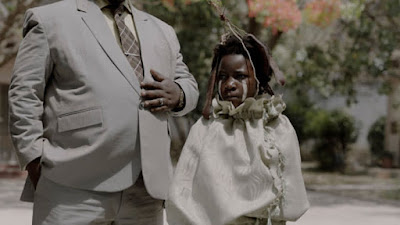 Maggie Malubwa as Shula in I Am Not a Witch (dir. Rungano Nyoni)

This is an extraordinary, perfect film, and I cannot wait to rep it even further when I write about the best films of 2018. But, here, I want to highlight Maggie Malubwa. As Shula, she gives us one of the best child performances ever. She is mostly silent, and has no large or obvious expressions. Yet, she compels with her eyes. Malubwa's performance brings you in way too deep to not take up your entire mind and heart while viewing the film. I look so forward to seeing more from her. 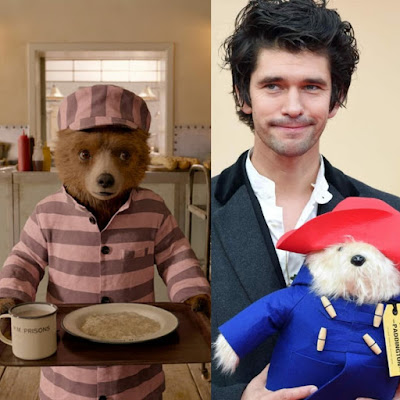 
BEN WHISHAW AND HIS ROGUE HAIR HAVE DONE IT AGAIN. It is no secret that Ben Whishaw is clearly and objectively the greatest actor of his generation obviously. With his Paddington, he so clearly cements his place. His voice performance stuns. It's all the deepest feelings that come from true kindness and true love for all people expressed in inflections and tones. Paddington 2 is possibly the best film of 2018 (you will have to wait to find out), but it would be nothing without Ben's work. I am literally crying over here thinking about it, okay. You beautiful, beautiful sweet boy. 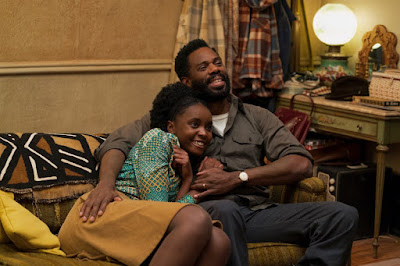 
Literally every performance in Beale Street is excellent. Every character is perfectly cast, and every actor gives us almost too much. The empathy on view is overwhelming: devastating and restoring. While every role is expressed without flaw, I wanted to particularly highlight Colman Domingo's work, because I think it is less likely to receive the same consideration and praise as some of his co-stars are (rightfully) receiving. His Joseph Rivers is a good dad, and the vulnerability and steadfastness on display genuinely fills my soul. When he is onscreen, you feel okay--like things are going to be okay. Watching Domingo's father character breathe, react, and love was like watching one of the classic greats of empathy: a Gregory Peck or a Sidney Poitier. Just wonderful.

Well, there you have ten of my favorite performances of the year. I hated to leave off some, but then we would just be here for endless days of me muttering on and on about why Claire Foy as Lisbeth Salander was the James Bond I needed (wait, should I write a post about that?)

Anyway, see you soon/probably next year.  Much love to you all! Your presence in my life the last decade+ has meant everything. 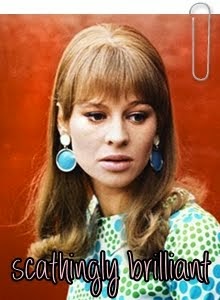 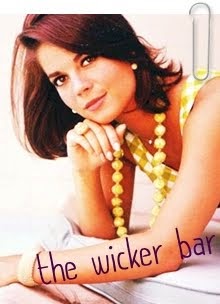 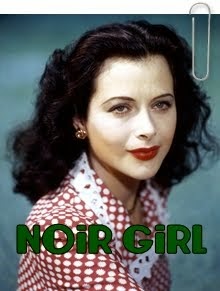 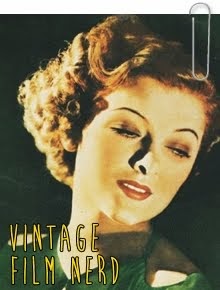